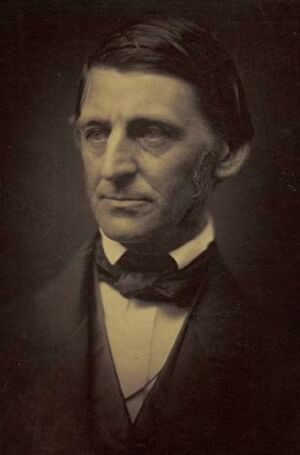 Emerson is a Boy’s Only cottage, located on Emerson Hill about 300 yards to the northwest of the main campus. It has a much more sober and scholarly culture than Twain. Emerson is a low-GSD environment. Interestingly, while there are rivalries between Emerson and Twain boys, it hasn’t developed into a house vs. house thing, as it has between Whitman and Dickinson. If Joe and Dan have a feud going, that’s their business, not ours.

Emerson was one of the two original cottages present at Whateley after it reopened as a mutant school, the other being Dickinson.[1][2]