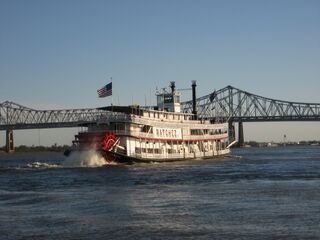 Twain is a Boys-Only cottage, and it houses some of the more... unusual students (i.e., the ones that are like Nightcrawler or the Beast). Twain houses more normal students, as well. Like Hawthorne, Whitman and, after Halloween 2006, Poe, there is a tunnel directly to the main campus buildings for Red Flag days. One advantage of Twain is that the normal-looking students can use the tunnel on rainy days, to keep from getting cold and wet. In keeping with its mascot, Twain has a genially boyish macho culture. Its cottage signet has a sternwheeler design.[1]

It was initially stated that Twain was mostly singles,[2] but that went by the wayside very early on. It's also been stated that there's a Cottage rule against putting two non-GSD students in the same room[3], but that's been waived now and then(Mechano Man and Stronghold[4], Greasy and Alex Preswick-Walcutt.[5])